Paul Beatty is an American author and associate professor of writing at Columbia University. Born in Los Angeles in 1962, he received an MFA in creative writing from Brooklyn College and a MA in psychology from Boston University. He has won the Creative Capital Award, the National Book Critics Circle Award, and was longlisted for the International Dublin Literary Award. Most notably, Beatty was the first American writer to be awarded the Man Booker Prize, which he received in 2016 for his novel, The Sellout.

Beatty is the author of two books of poetry—Big Bank Take Little Bank and Joker, Joker, Deuce—and four works of fiction—The White Boy Shuffle, Tuff, Slumberland, and The Sellout. He has also edited an anthology, Hokum: An Anthology of African-American Humor. His first novel, The White Boy Shuffle (1996) received a glowing review from New York Times review Richard Bernstein, who called it a “blast of satirical heat from the talented heart of black American life.”

Beatty is known for several recurring themes—race and tribalism, human psychology, ambition and failure, and the ways in which history impact our actions. Though heavy in emotion and depth, Beatty treats these themes and ideas with a surprising lightness. Most of Beatty’s fiction, devoutly satirical and relentlessly witty, has received a positive reception.

If you want to read this writer, we recommend his most recent novel, The Sellout, which chronicles an African-American urban farmer working to spearhead a revitalization of slavery and segregation in a fictional Los Angeles neighborhood. New York Times reviewer Dwight Garner wrote, “The first one hundred pages of [Paul Beatty’s] new novel, The Sellout, are the most caustic and the most badass first hundred pages of an American novel I’ve read in at least a decade. I gave up underlining the killer bits because my arm began to hurt.” We guarantee you’ll laugh aloud in public in the first few pages—we certainly did. 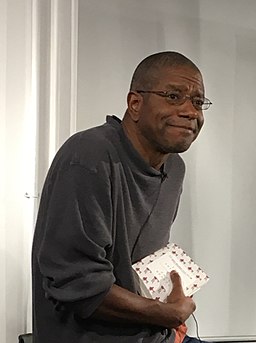 Book to Read: The Radium Girls: The Dark Story of America’s Shining Women

Book to Read: Her Body and Other Parties